How an encounter with Christian missionaries made me into a missionary myself. 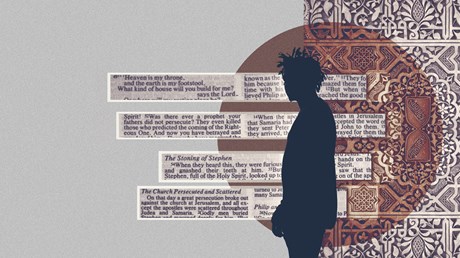 I grew up in a Muslim family on the coast of Kenya. My father served as an Imam, and I was one of the muezzins (Muslims who call others to pray five times a day) at a local mosque.

The only school I ever attended existed to educate young men in the ways of Islam and to help them grow as Muslims. I was being trained to defend the Muslim faith and to share it with others. As a young man, I became one of the best and most well-known evangelists for Islam in my region.

Early in life, my father had taught me to hate Christians and even to beat them if necessary. I was trained to believe that Christians were on the same level as animals. We were not allowed to associate with them in any way.

In 2009, my life was forever changed. The day started out just like any other: I woke up and went to the local mosque to start calling people to pray. I was set to recite the adhan (Muslim call to prayer) into the microphone so that my call could be heard throughout the city. But when I tried to speak, nothing came out. Leaving the mosque, I saw my friend Ali in the street and I tried to explain what had happened, but he wouldn’t believe me.

We went back to the mosque, where I stepped up to the microphone and attempted to call the adhan once more, but again my voice would not come out. Ali was as surprised as I was. We both were nervous, but he took over my duties so that I could go home for the day.

When I got home, I tried to relax and calm my mind. My heart was heavy, and I felt troubled. I went to my kitchen, grabbed a thermos, and started to make hot tea. I poured the tea into a mug and was about to start drinking when I saw that the tea had turned red, a dark red that looked like blood. I left the tea on the …