This is the one-hundred-thirty-fourth lesson in author and pastor Mel Lawrenz’ How to Live the Bible series. If you know someone or a group who would like to follow along on this journey through Scripture, they can get more info and sign up to receive these essays via email here.

This past year has had an unusual amount of struggles. Scripture tells us about the unpredictably of life.

One balmy summer evening, a storm system started moving up the horizon until it covered about half the sky. I stood out on the front yard of our house to examine a sky that was like a bed with covers pulled partway up. Heavy, dark clouds were moving fast and low, with towering thunderheads and a bulbous underbelly. Something dramatic was coming. 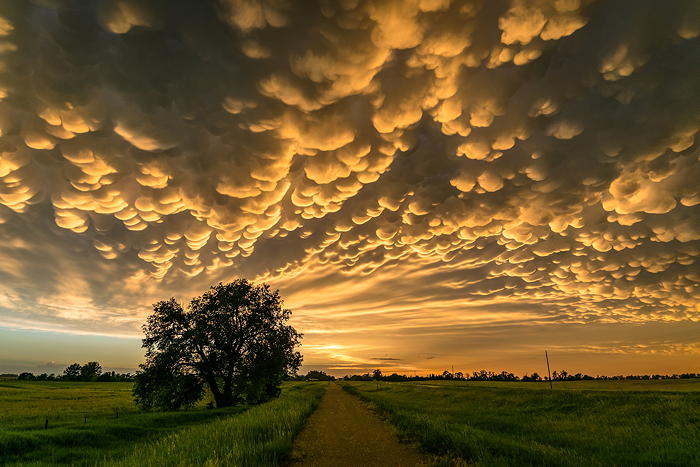 Then a very bizarre thing happened—before the rain ever started falling, with the sun still shining above, I saw a light object in the sky, tumbling downward. Then another and another. I started gathering the objects along with my son, daughter, and wife, though all us should have been inside the house because of the approaching lightning.

A shredded leaf of corn, a piece of roofing material, a page from a cookbook, a golf scorecard with a label from a country club in Stoughton, Wisconsin—all tumbled from high in the open sky along with bits of torn leaves.

At first it was strange and quite amusing, like a game in which you wonder what the next object will be. But as I grew in awareness that this must be the by-product of a tornado somewhere (what else could it be?), it became a more sober experience. I hoped no one had been killed.

Only half an hour later, television news reported that a tornado had been sighted in Stoughton—some 90 miles away—and that homes and a clubhouse at a golf course had been damaged. Pieces of debris had been carried several miles and sprinkled out ahead of the storm system.

It sent a chill up my spine to think I was holding the pieces of someone else’s life. What happened? What will happen for these people?

Why do bad things happen in life? And why does God allow them?

Suffering is the great mystery we all face sooner or later.

When you are face-to-face with somebody who has suddenly lost a loved one, or is going through great physical pain or some other kind of anguish, even if you produce a flawless 500-page answer that fits all the pieces together, that answer will still not replace what that person has lost. The suffering person is still going to say, “Why, oh why, does this have to be?”

In the light of the fact that Scripture does not have God giving a simple cause and effect explanation, neither should we. It’s critically important for loving friends to be there and say, “This is not the way things were supposed to be, but we are here with you and God is with you.”

Romans 8, which says the whole of creation groans “as in the pains of childbirth,” it is “subjected to frustration,” and it “waits in eager expectation” for God’s final redemption, when the bondage will end and the adoption of sons and daughters of God will be complete (Rom. 8:18-39).

Scientists have been saying for a long time that aggressive viruses can be one of the greatest threats to humanity. This is part of the natural world.

Suffering has become nature’s abnormal state. In Genesis 3, it says that the newly cursed world now has enmity and pain and conflict. Even the natural order of things, the way nature itself behaves, has been disrupted because of this moral earthquake.

While there are natural catastrophes like tornadoes, hurricanes, and earthquakes, much suffering in the world has human causes.

We cannot prevent a virus from forming. But human choices will influence how far and wide a pandemic spreads. Some diseases cannot be prevented or treated, and some can.

We experience suffering, in other words, because we’re just small parts of a whole creation that has its good days and bad days. Sometimes we forget that we’re part of a very complex system of cause and effect. If it rains and ruins your family picnic, or floods one region, that same rain might be what saves a farmer’s crops. We will never see or understand all the connections.
___________

Sign up to receive the free once-a-week email series, How to Live the Bible, by author and pastor Dr. Mel Lawrenz

By submitting your email address, you understand that you will receive email communications from Bible Gateway, a division of The Zondervan Corporation, 3900 Sparks Drive SE, Grand Rapids, MI 49546 USA, including commercial communications and messages from partners of Bible Gateway. You may unsubscribe from Bible Gateway’s emails at any time. If you have any questions, please review our Privacy Policy or email us at privacy@biblegateway.com.

[If you believe this series will be helpful, this is the perfect time to forward this to a friend, a group, or a congregation, and tell them they too may sign up for the weekly emails here]

Mel Lawrenz (@MelLawrenz) trains an international network of Christian leaders, ministry pioneers, and thought-leaders. He served as senior pastor of Elmbrook Church in Brookfield, Wisconsin, for ten years and now serves as Elmbrook’s teaching pastor. He has a PhD in the history of Christian thought and is on the adjunct faculty of Trinity International University. Mel’s many books include Spiritual Leadership Today: Having Deep Influence in Every Walk of Life (Zondervan, 2016). See more of Mel’s writing at WordWay.

The post How to Live the Bible — A Year of Struggles appeared first on Bible Gateway Blog.