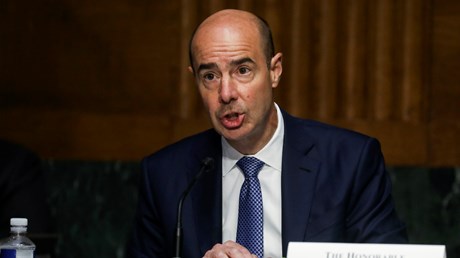 The US Department of Labor has issued a new rule intended to foster “full and equal participation” of religious groups as federal contractors.

“Religious organizations should not have to fear that acceptance of a federal contract or subcontract will require them to abandon their religious character or identity,” said US Secretary of Labor Eugene Scalia in a statement Monday.

The final rule will become effective January 8, two weeks before President Donald Trump leaves office. It is the latest development in the long-running battle over how to balance religious rights with other, particularly LGBT, rights.

The department said the new rule builds on Executive Order 11246, which dates to the Johnson administration, that requires contractors to follow affirmative action and nondiscrimination requirements.

“Yet the order also acknowledges that religious organizations may prefer in employment ‘individuals of a particular religion,’ so that they can maintain their religious identity and integrity,” the department’s statement said.

The new rule, outlined in a 159-page document, aims to clarify what kinds of organizations qualify for a religious exemption. Since the George W. Bush administration, Labor Department rules have followed Title VII of the 1964 Civil Rights Act, which allows religious employers to prefer members of their own faith when it comes to hiring.

Under its definition of “Religious corporation, association, educational institution, or society,” the new final rule notes that they may or may not be connected to a house of worship.